Those of you who weren’t able to make it to this year’s Porsche Parade missed a good time, despite some very hot, humid weather. In addition to the grand array of cars that made it to Concours, the Porsche Exclusive Department brought a striking showcase 911 Targa along, so members could see some of the specializations they can make outside the normal production line.

They told us an early 911 Targa undergoing restoration in their Classic Department formed the inspiration for this 2018 991.2 Targa 4S.  Finished in a paint-to-sample match to the early Seventies’ safety “Signal Yellow” color, we found it a charming blend of old and new. Back in the early Seventies, Porsche added several “safety colors” into their color palette, to increase visibility of their physically small-for-the-era cars, with Signal Yellow being one of the brightest choices. How different than the Porsche standard colors of the 21st Century, which are mostly monochromatic metallics — boring. 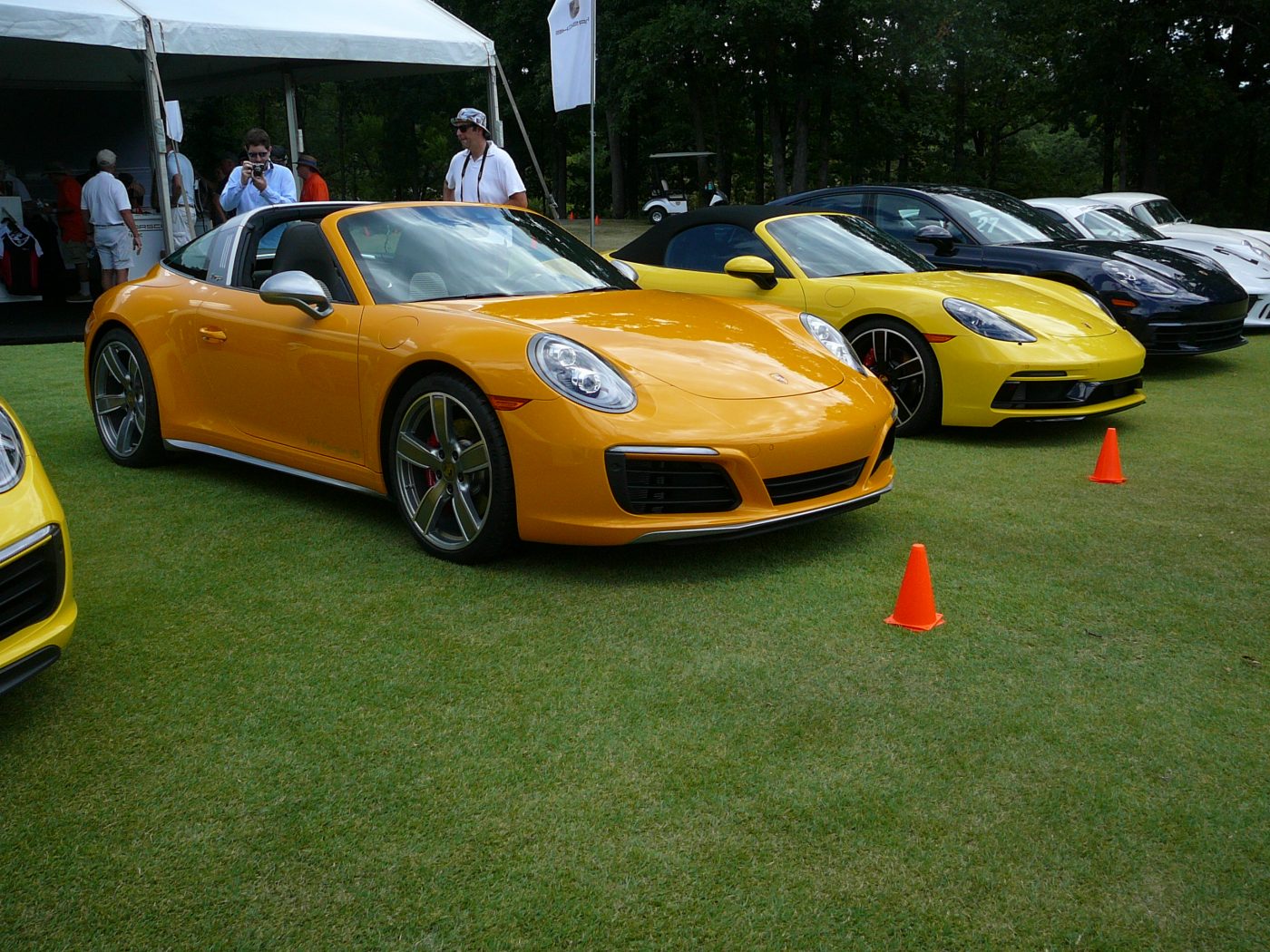 The Signal Yellow Targa set between a pair of Racing Yellow Porsches. (Porsche used Speed Yellow as their stock yellow for several decades, before migrating to Racing Yellow, the latter being rather similar to a Maranello carmaker’s yellow.) 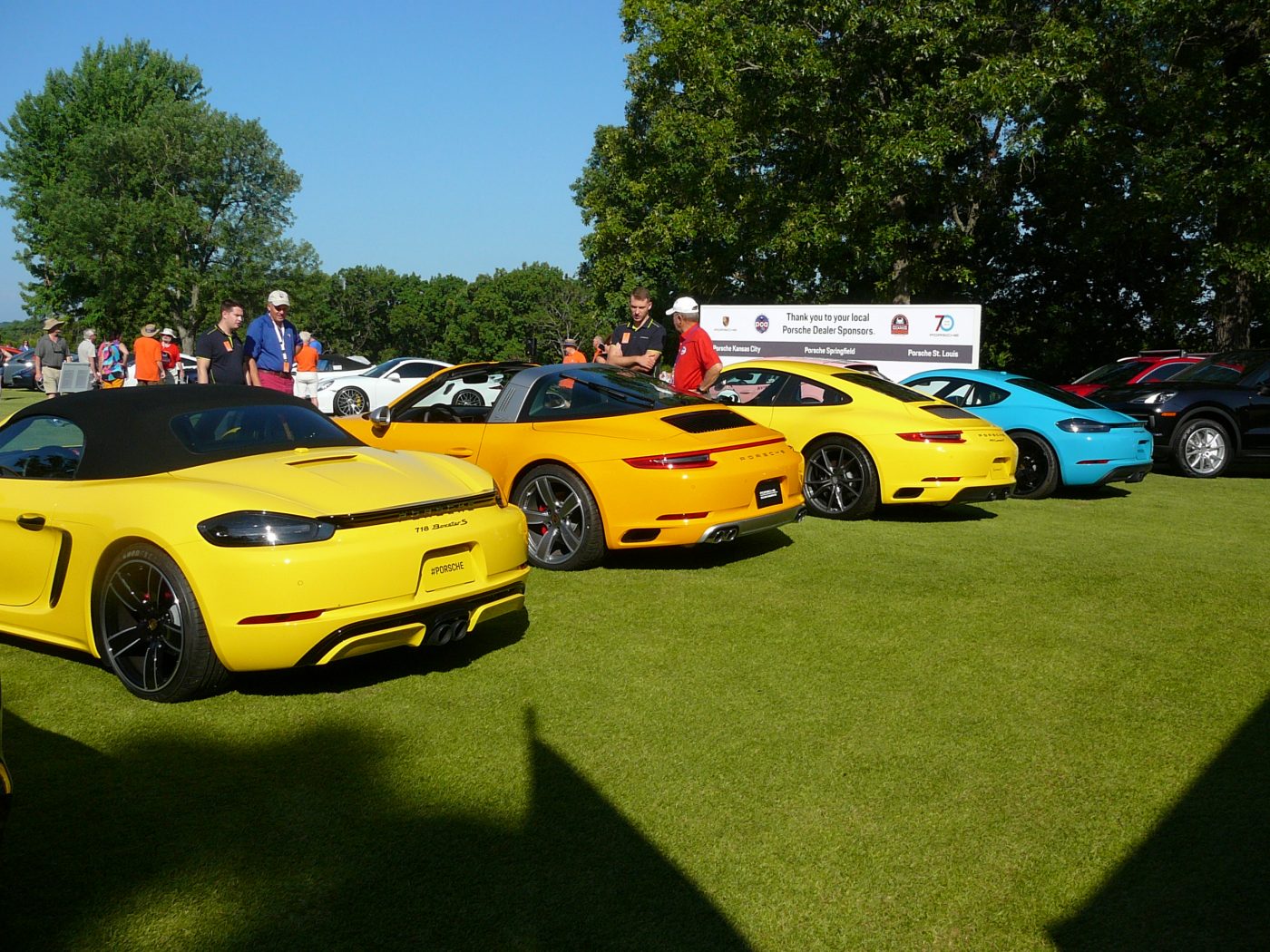 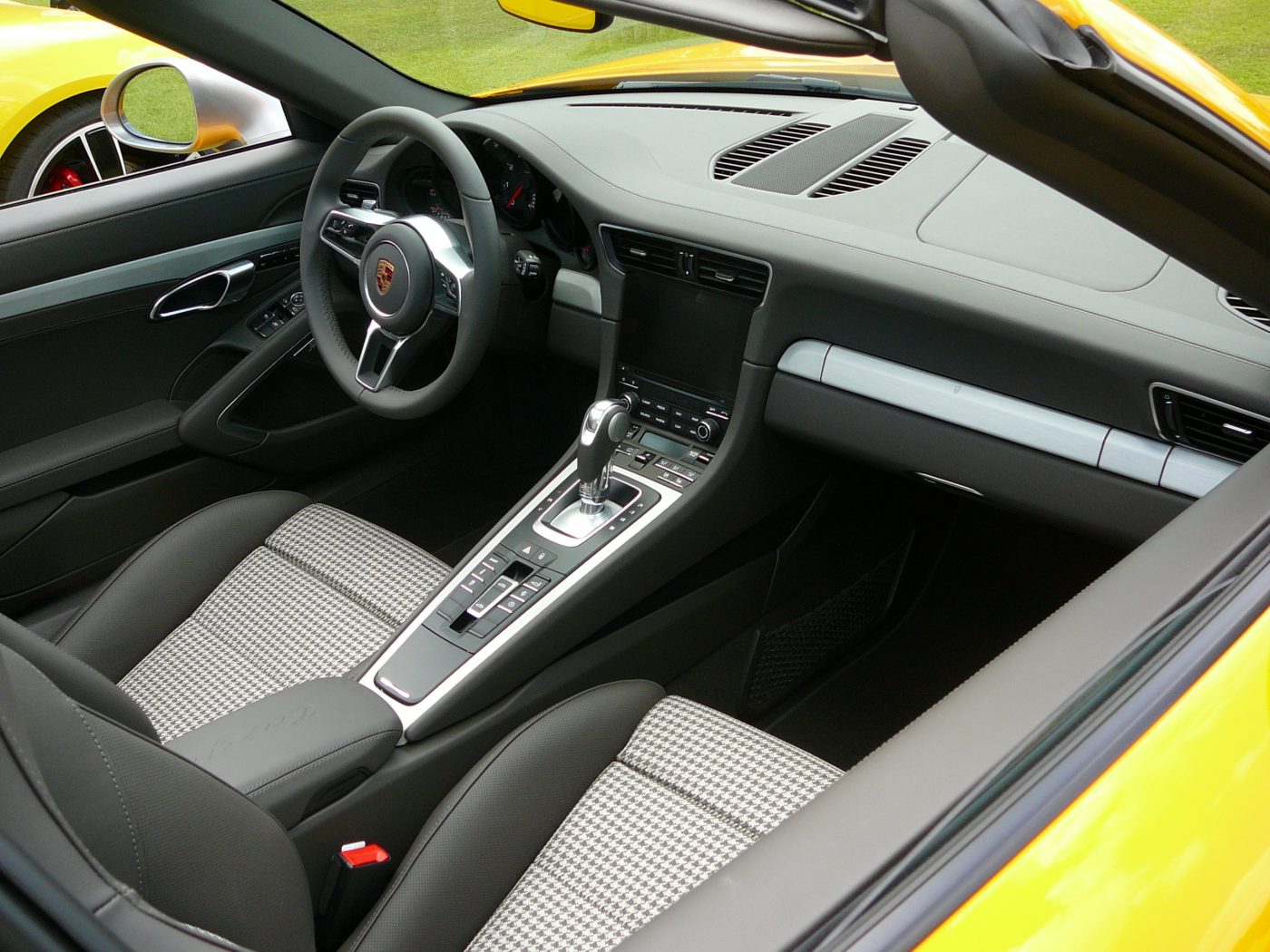 Pepita or “Houndstooth” center panel upholstery, another echo of the first 8 or so years of the 911’s existence. Note that the cloth works with both seat heating and ventilation. 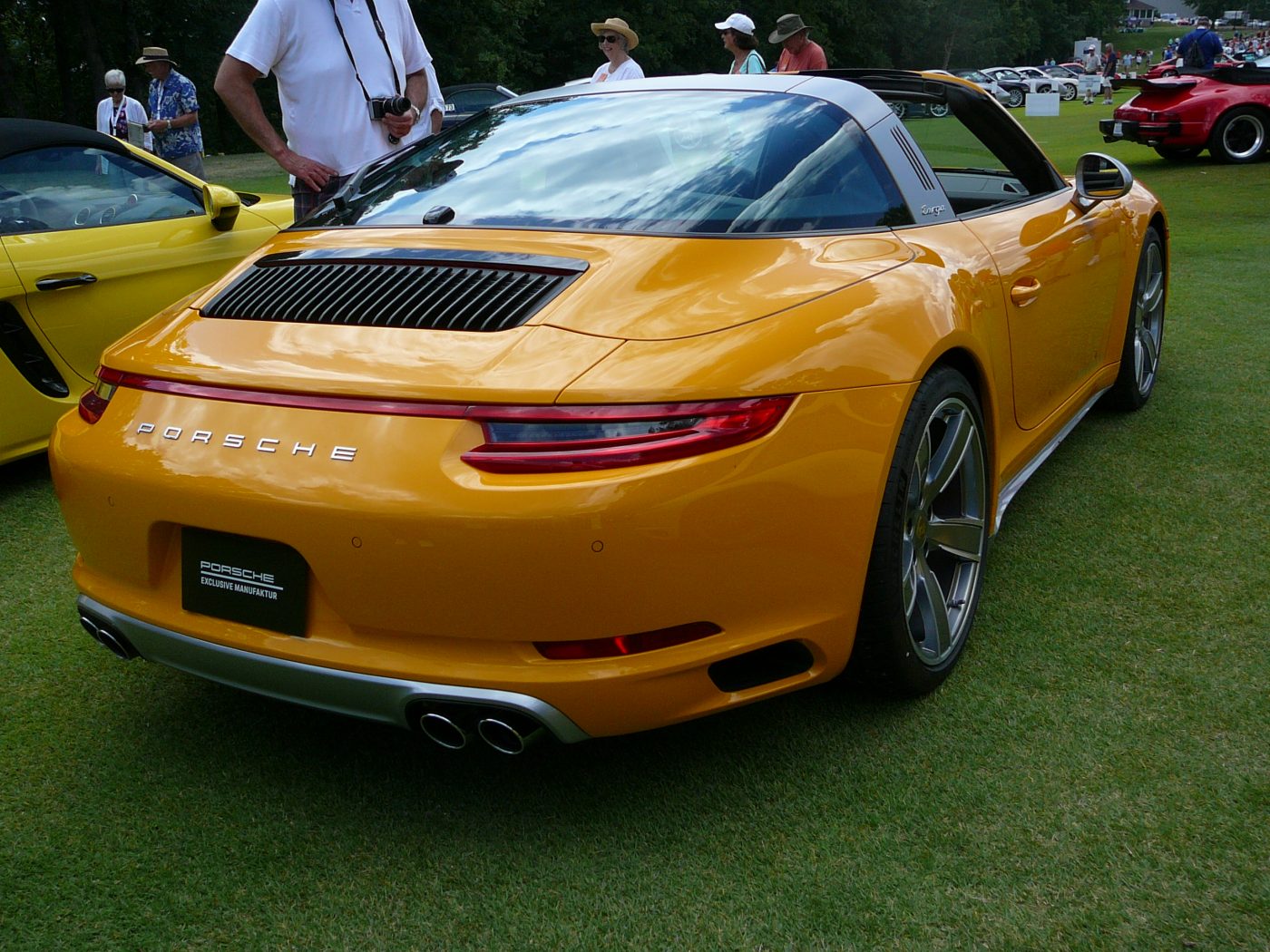 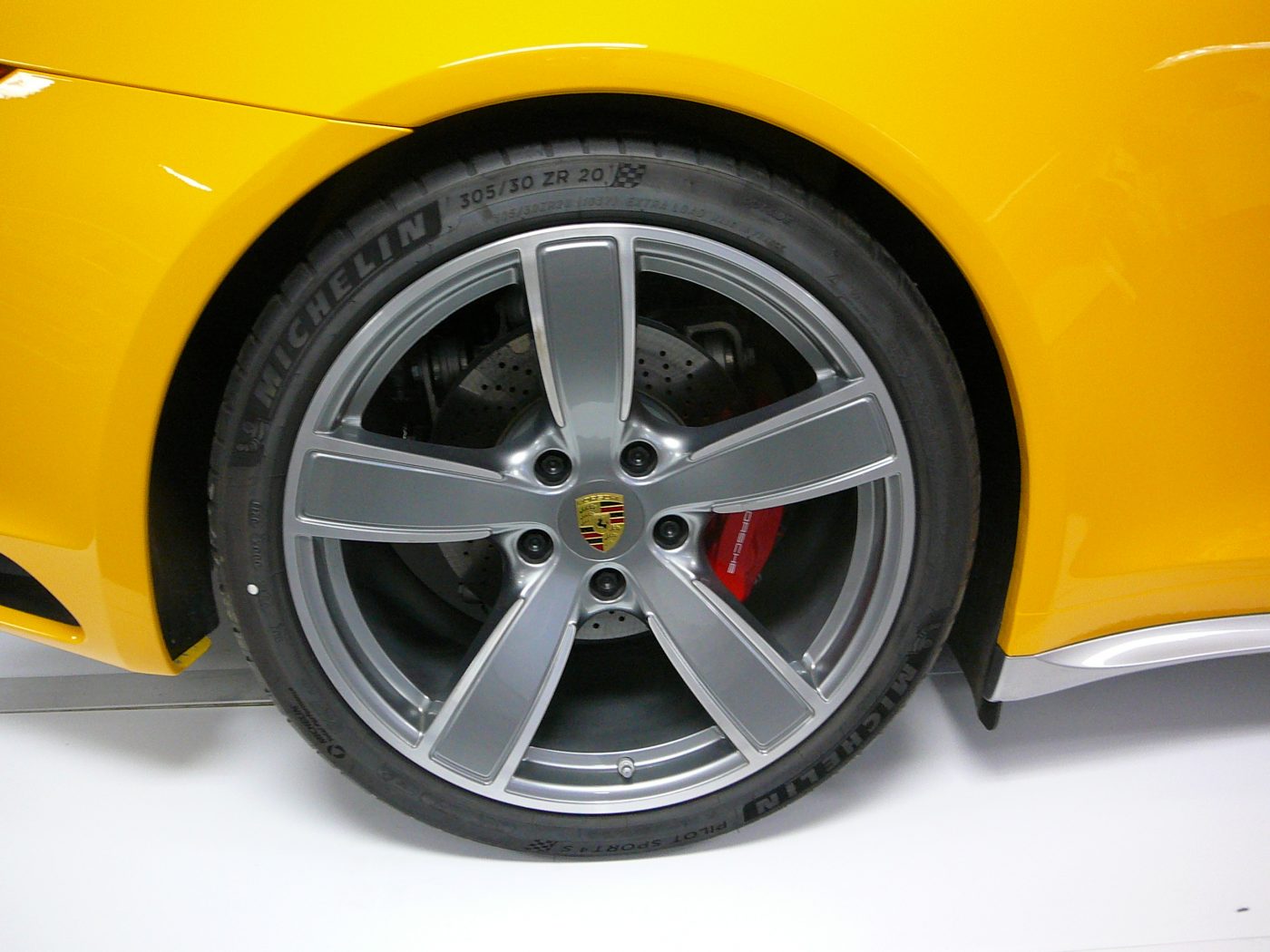 A modern interpretation of the classic Porsche Fuchs wheel. As the car is an “S” model, it comes with Big Red brakes. As you can see, Signal Yellow varies quite a bit, depending on light source. 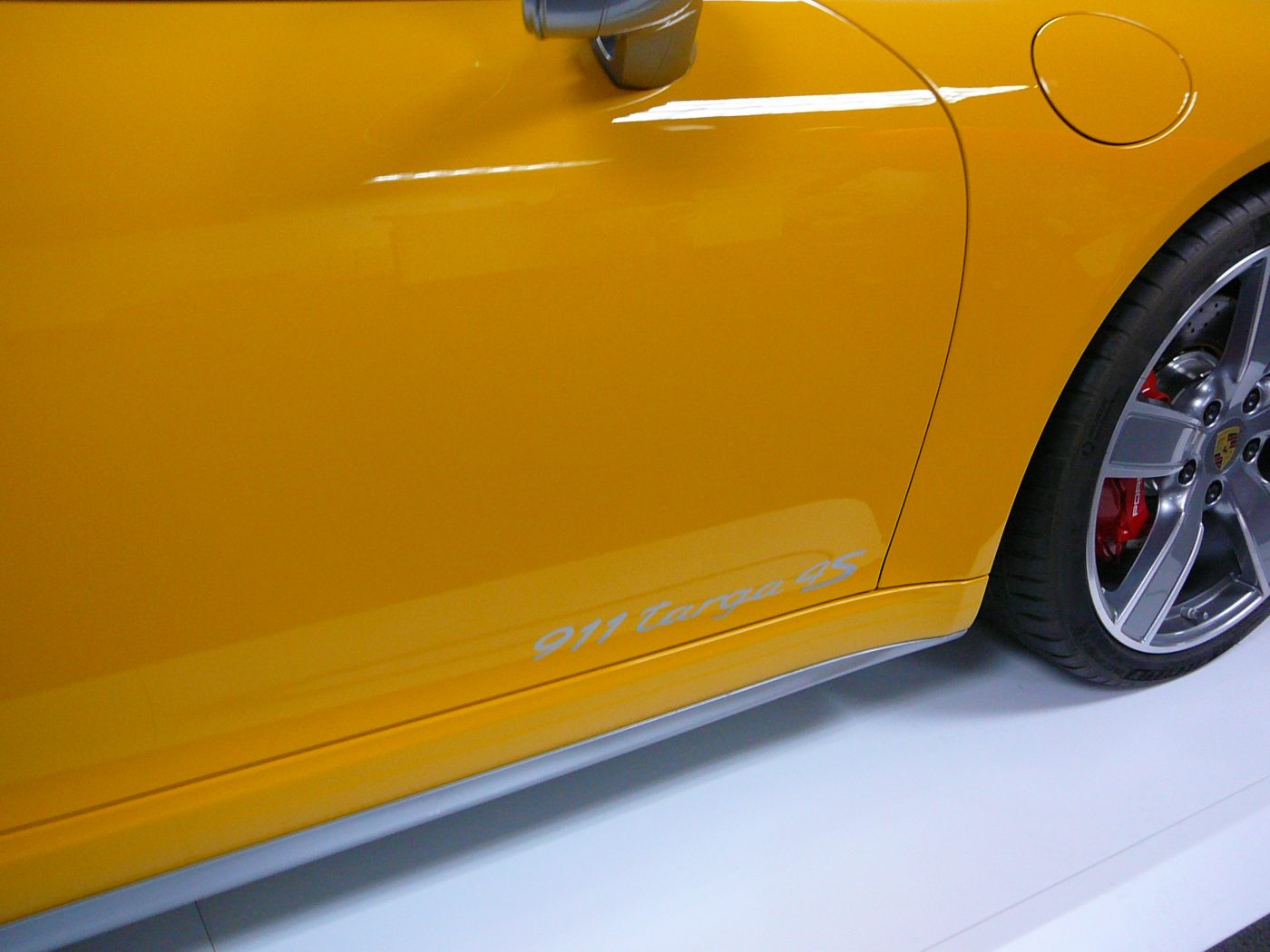 Targa 4 S marking along with GT Silver-painted side sills. 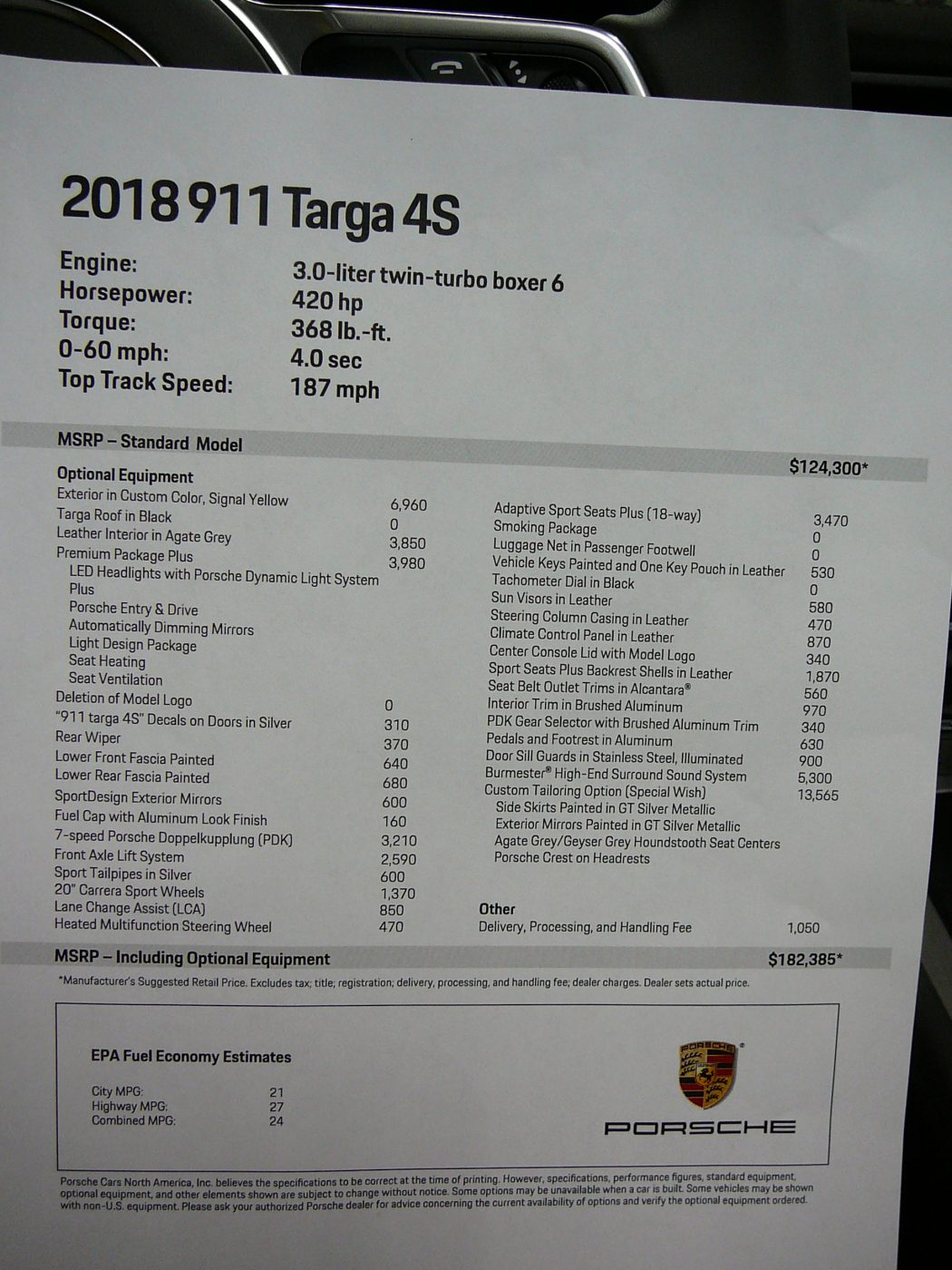 You may want to be sitting down when reading this, preferably in your new Houndstooth seats.